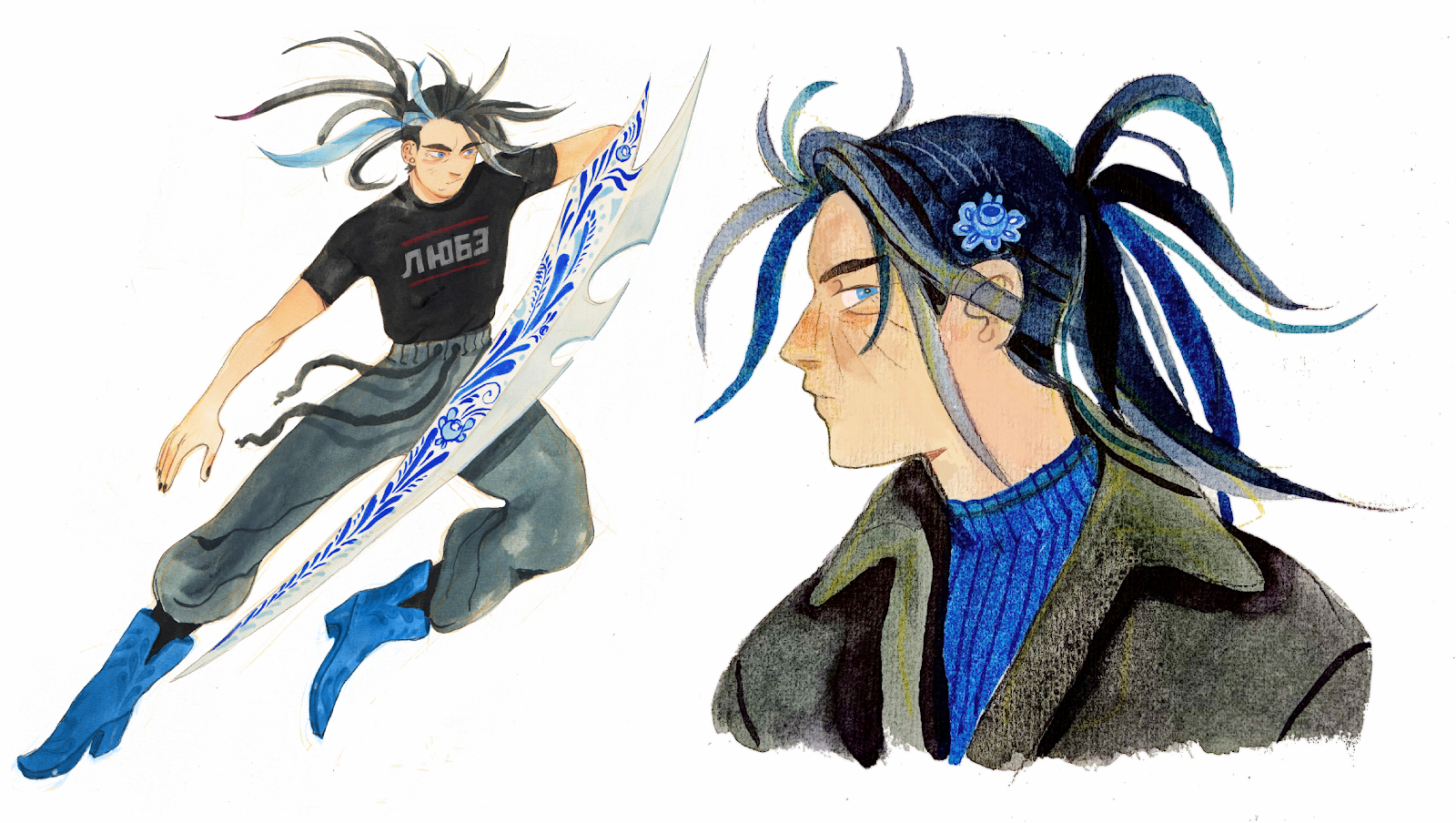 The Guardian of Winged Station, Leo was once a bright-eyed kid using his fun powers to help others. He is now a burnt-out smoker who just wants to be done with his job. The stress and past relationship mishaps they’ve made become the center of our story.

Viktoria lived most of her life in the Railway World, being brought here by their mother, Vera. Following her disappearance, Viktoria grew increasingly disillusioned with the world. After trying and failing to kindle a romance with Leo, Viktoria’s behavior and mood became extremely erratic and self-destructive. Rumors float around the stations that she’s planning on doing something big, that’ll affect the entire system. But that can’t be true, right? Vera starts our story out as a former guardian of her community. The mother of Viktoria and all around cool trans woman, her disappearance casts a long shadow over the rest of the cast. Vera would rather be dead than be seen without a fancy coat or a pretty hat. 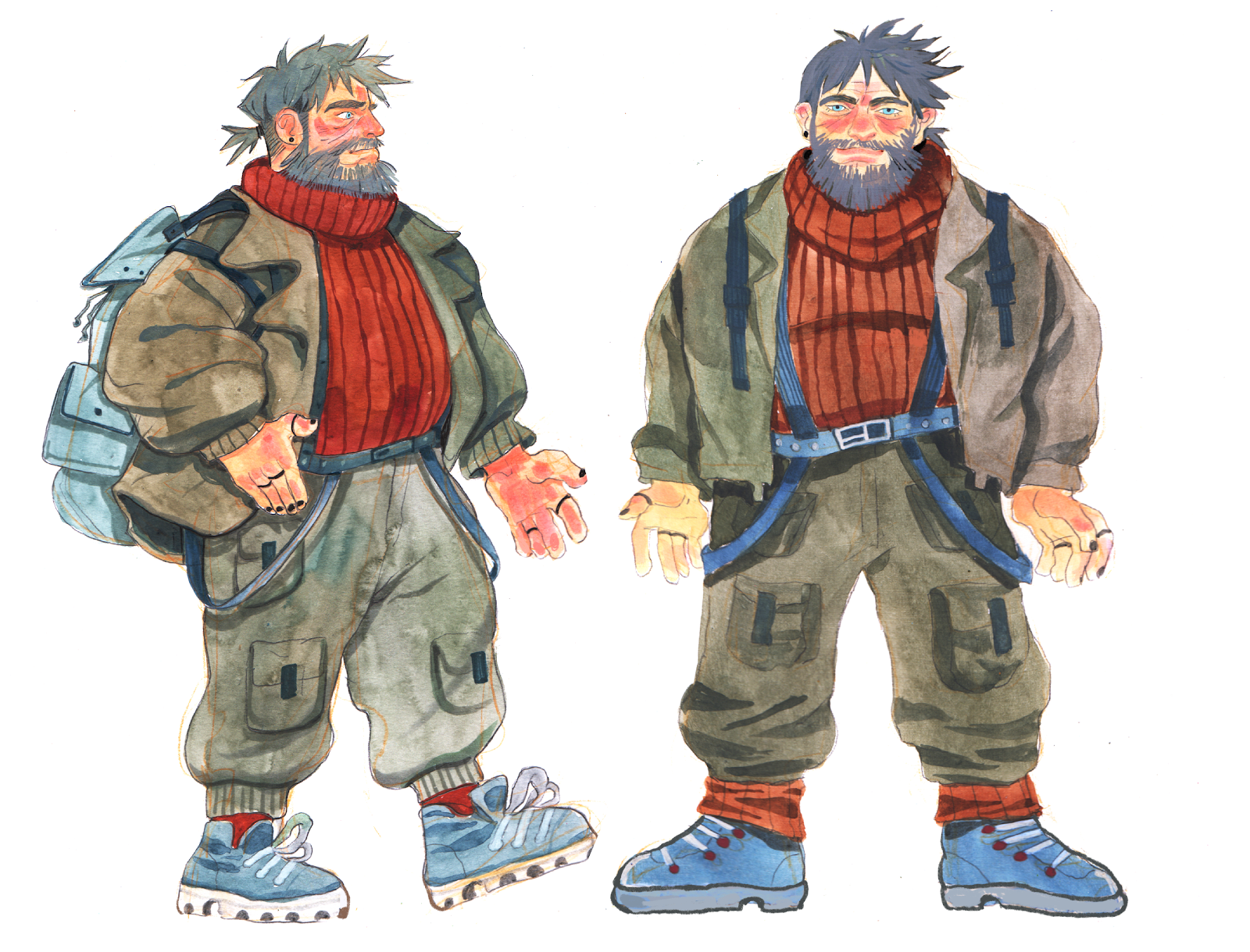